Quality Prior to Six Sigma

Examples of "quality" programs and methodologies, in development since the 1920s, include:

"Quality Control", or QC, is a rather generic term. The discipline places its emphasis on controls, such as written procedures, management to ensure compliance with those procedures, solid record-keeping, training and certification, and elements of organizational culture to promote these disciplines.

The term "Quality Assurance", or QA, is often seen as an element of Quality Control; the "Assurance" comes from ongoing and systematic testing and evaluation. Some trace the roots of QA and QC to quality initiatives required by increased factory production after World War I.

"TQM" (Total Quality Management) looks to gain a competitive edge by increased customer satisfaction as a result of improvements in quality. Various techniques are employed, with stress on obtaining customer involvement, even as early as the design and specification phases of product development.

TQM also tries to manage the quality of the inputs from suppliers, as well as the efforts of front-line workers and upper management.

"Zero Defects" is a quality-oriented program developed in the Martin Marietta Corporation in the 1960s. The program's first target was the category of large-volume, common components obtained from suppliers. The four principles are: defining quality as "conformance to requirements"; preventing defects is better than inspecting and correcting them; setting "zero defects" as the standard; and that defects cost money.

An example of the Zero Defects approach involves a fastening bolt. If a bolt is longer or shorter than required, it does not "conform to requirements", and therefore is defective. The defect should have been prevented by using appropriate jigs or other manufacturing techniques. (The rod from which the bolt was threaded should not have been placed into that machine if it was the wrong length, for example. At least, the bolt should have been rejected by the supplier before it reached the customer). On the other hand, "zero defects" means that if a bolt actually does the job even though it is slightly outside the specified length, then the specification should be loosened to reflect that reality. Defects cost money for inspection, rework, missed deadlines, customer dissatisfaction leading to lost future business, and a host of other visible or hidden costs.

The Beginnings of Six Sigma

The term, "Six Sigma", was coined in the 1980s at Motorola Corporation. The name reflects the goal of reducing the statistically-determined defect rate to "six sigmas", or 3.4 defects per million products. It extended and enhanced previous quality control and quality improvement initiatives and disciplines. Perhaps the greatest innovation was to shift their focus from after-the-fact measurements of defects toward controlling the processes in order to minimize those defects.

There is some doubt whether to claim 1981 or 1986 as the starting point for Six Sigma at Motorola. While its management may have begun a drive toward greater quality in 1981, Motorola's official position seems to set 1986 as the year in which the initiative took effect.

Allied Signal was the next company to embrace the Six Sigma method in the early 1990s. Several factors were especially important for the successes at Allied Signal:

General Electric took guidance from Allied Signal in the mid 1990s. Jack Welch had been a mentor to Allied Signal's Lawrence Bossidy when Bossidy had been employed at GE. One might say that relationship was reversed when Allied Signal shared the Six Sigma program with GE. There, the Six Sigma process was improved with the realization that upper management had to be actively involved. Many previous quality drives had been delegated to relatively low-ranking staff members, who may or may not have been able to implement change.

The mathematical foundations for Six Sigma had been laid in 1809 by Carl Frederich Gauss. His statistical concept of the "bell curve" provides a graph plotting the number of samples in the vertical axis against their measured values in the horizontal axis. Most samples have a value close to the average, so the curve is high near that middle value. The farther the measured value is from the average (on the horizontal axis), the fewer samples are found: therefore the curve is low at each end. The "sigma", or "standard deviation", is a measurement of the shape of the bell curve: how steep or flat is it?

Walter A. Shewhart of Western Electric pioneered some important work in this field. In the mid 1920s, Shewhart recommended that systems, such as manufacturing machinery, should be adjusted only when it regularly produced defective products due to an "assignable cause". Defects due to "chance" or "common" causes should not trigger corrective action, because this would simply introduce new variables without any likelihood of making an improvement.

It is said Shewhart applied a "Three Sigma" approach. In a statistically "normal" distribution, about 99.7% of all samples will have a value within 3 standard deviations from the average value.

W. Edwards Deming brought Shewhart's ideas to Japanese manufacturers. By the 1980s, Japan had applied these methods to become serious competitors with American companies, both in price and quality. 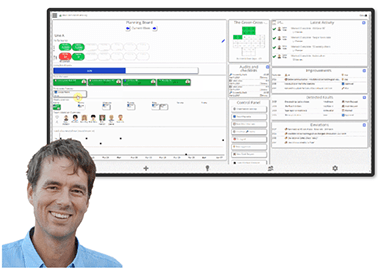 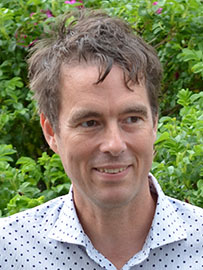 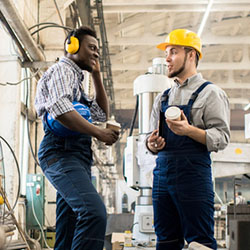 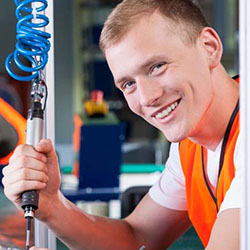 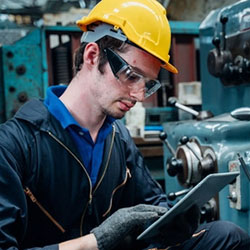